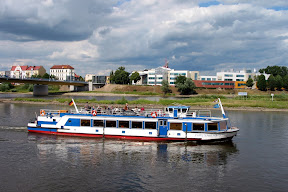 Slubice is situated in the southwestern part of the Polish »Wojewodschaft« (an administrative government unit) Lubuskie on the right hand embankment of the Oder.

Until the end of the Second World War, Slubice was part of Frankfurt (Oder) – an embankment suburb. It has been an autonomous Polish town since 1945.

Because of its advantageous location on the border, Slubice is an important centre for trade and the service industry. The three largest border crossings on Poland’s western border are all located within the municipality of Slubice: the town bridge connecting Slubice directly with Frankfurt (Oder), the railway bridge and the motorway bridge in Swiecko.

The special economic zone in Kostrzyn-Slubice offers great opportunities for Polish and international investors. An area of 132 ha is available to investors in Slubice’s section of the zone. Companies establishing premises here enjoy a variety of benefits.

The sister cities of Slubice and Frankfurt (Oder) are two of the founding members of the Pro Europa Viadrina Euroregion which is making an important contribution to the development of the German-Polish border region and the future evolution of Europe. 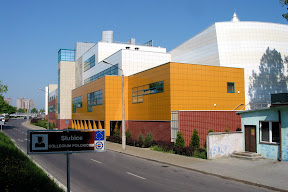 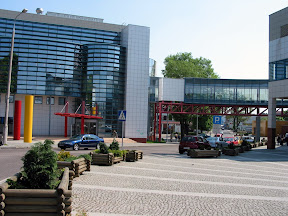 The establishment of the Collegium Pollonicum, which is like the town’s calling card, created a modern teaching and research facility which is funded through a joint venture of the Adam-Mickiewicz University in Poznan and the Europa Universität »Viadrina« in Frankfurt. The first residences in the students’ village located in Slubice and built for students at Viadrina European University were opened in 1994, two years after construction had started in 1992. The complex was officially completed when the library was opened in a special ceremony in February 2001. Thus Slubice has yet another attraction for visitors from home and abroad. 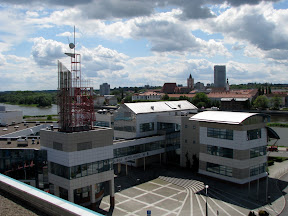 Even before the Second World War, Frankfurt’s recreation area lay east of the river Oder. These days again, many visitors come to Slubice, which is earmarked by its many parks and its interesting surroundings. Especially hobby anglers, hunters, hikers, and cycle and water sport enthousiasts will find plenty of opportunities for their hobbies in this area. There are a few lakes near the town. Hobby sailors, surfers and canoeists will find optimal conditions for their sport. 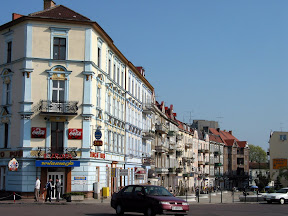 One of the greatest battles of the Seven Years’ War took place in 1759 in Kunowice, formerly known as Kunersdorf.

The heart of the town’s cultural life is the SMOK Cultural Centre which is the venue for a wide variety of interesting events.

The sport and recreation centre, with its large stadium that was opened in 1926, is home to football and tennis courts, a shooting range and an open-air swimming pool. A hotel with 140 beds is also located in the OsiR complex. 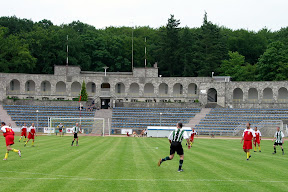 A golf course was opened next door.

Slubice and Frankfurt (Oder) were jointly awarded the European Diploma (1993), 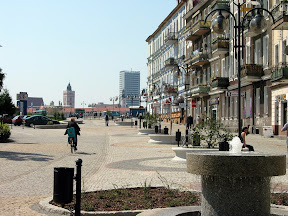 the Flag of Honour (1994) and the Plaque of Honour (1999) of the Council of Europe by the European Parliament in recognition of their successful international work.

Frankfurt (Oder) celebrated its 750th anniversary jointly with Slubice in 2003. Representatives of more than 100 Hanseatic League towns also visited Slubice and Frankfurt (Oder) for the 23rd Convention of the New Hanseatic League. What’s more, a wide variety of events were held in both towns throughout the year as part of the “Europe Garden 2003” festivities.