Economic force and quality of life of the « Kätchenstadt » at the Neckar. 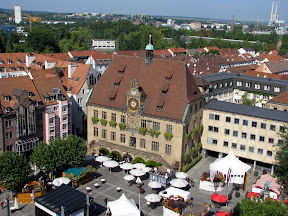 The City of Heilbronn, a former imperial city at the river Neckar, is the main administrative area of the Franken region. The town is one of the largest, German vineyard parishes and a centre of industry, commerce and trade.

In 741 Heilbronn is mentioned for the first time as a trade town, in the king’s court’s records. During the 19th century Heilbronn rapidly developed into an industrial centre and by the end of the century had become the leading industrial and commercial town in the kingdom of Wuerttemberg. 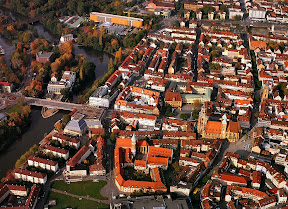 Geographically exact in the centre of Europe and at the intersection of two major motorways, six railway lines and the European waterway of the river Neckar, Heilbronn is distinguished through its favourable location. 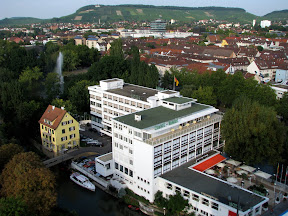 Economic structure and traffic infrastructure together make the location Heilbronn attractive for a multiplicity of industries.

The town lies in the romantic Neckar valley and offers a varied cultural programme, for example in the modern town theatre, the three museums and the art gallery. 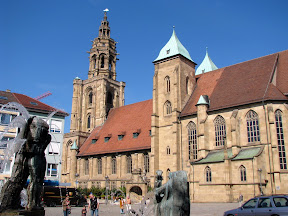 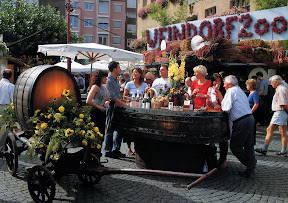 An excellent international gastronomy and the pedestrian area with street cafés invite visitors to stroll and linger. Numerous castles along the »Burgenstrasse« (a tourist route alongside Germany’s many castles), depicting the flourishing Middle Ages, runs right through Heilbronn.

Let the attractive landscapes in and around Heilbronn tempt you to take some time out, perhaps to enjoy some long walks or cycle rides.